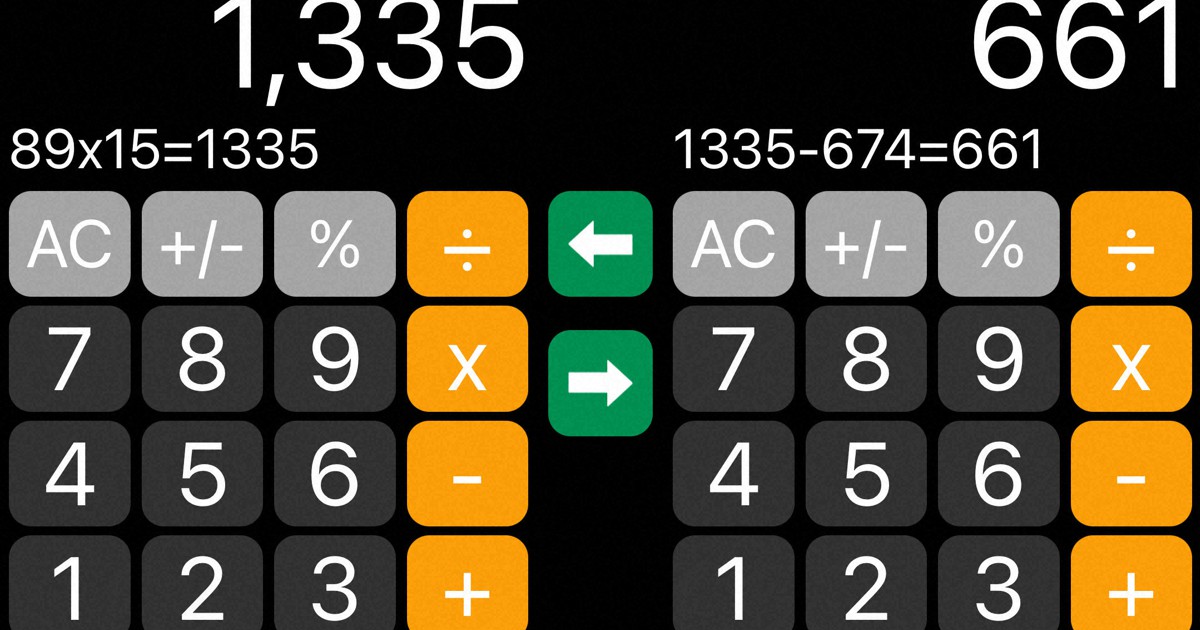 TOKYO — A 63-year-old Japanese man who is an avid iPhone user has devoted some of his post-retirement years to developing a popular and unique app that displays two calculators on a single screen.

The two-in-one calculator app was released for iPhone and iPad, under the name “Twin-Calc”. Hiroyuki Ueda, who lives in Nishinomiya, Hyogo Prefecture, is the mastermind. Although the app struggled to gain downloads at first after its release, the number increased once it made some adjustment.

It is also possible to perform different calculations on each ECU. This feature comes in handy when the user wants to compare prices to see which product in the store is the cheapest per gram, for example.

Ueda studied mechanical design in college and worked primarily in engineering, including powertrain component design, at an automotive company for many years before retiring at age 60.

He was originally a huge iPhone fan and started learning the Swift programming language as he had free time after retirement. He was finally able to achieve his dream of giving shape to inventions he found convenient.

Ueda drew his attention to calculators because they are closely related to people’s daily lives and are a universal tool without any language barriers. He started crafting the vision for the app three or four years ago and started developing it in August 2021. According to Ueda, an app that combined two calculators on one screen did not exist at this point, and grabbed this chance to make one-of-a-kind software, he aimed to develop apps for the iPhone and iPad.

However, Ueda recalled, “I thought it would be easy, but it was surprisingly difficult.” Difficulties arose when responding to cases of entering numbers with decimal points. For example, while some users enter 0.5 by pressing “0”, the decimal point, and then “5”, there are also users who only enter the decimal point and “5”, omitting the “0 “. He said: “There were about 100 types of these kinds of conditions, and it was a lot of work to solve them.”

After trial and error, he was able to release the app nine months later in May 2022. The number of downloads initially increased at a slow pace as the app was designed to display a single calculator on the vertical screen mode of the smartphone, while two are displayed only when the screen is turned sideways. Thus, many users only thought that it was an ordinary calculator.

Ueda then made changes so that the application is fixed on a horizontal display and two calculators are always displayed simultaneously after opening the application. This renewed version was released on August 18. According to Ueda, as of September 8, there were about 56,800 downloads for the version that costs 490 yen (about $3) including tax, and some 5,000 downloads for the free version. The paid version had about 18,000 downloads shortly before the renewal, so the amount had more than tripled after the update.

He commented, “A surprisingly large number of people have downloaded the app. I think there’s a demand.” The last task he is working on is to fulfill display requests from two calculators even on a vertical display screen.

Ueda, who says there are few people in his generation who are tech-savvy, commented, “I hope I can become someone who inspires others.”