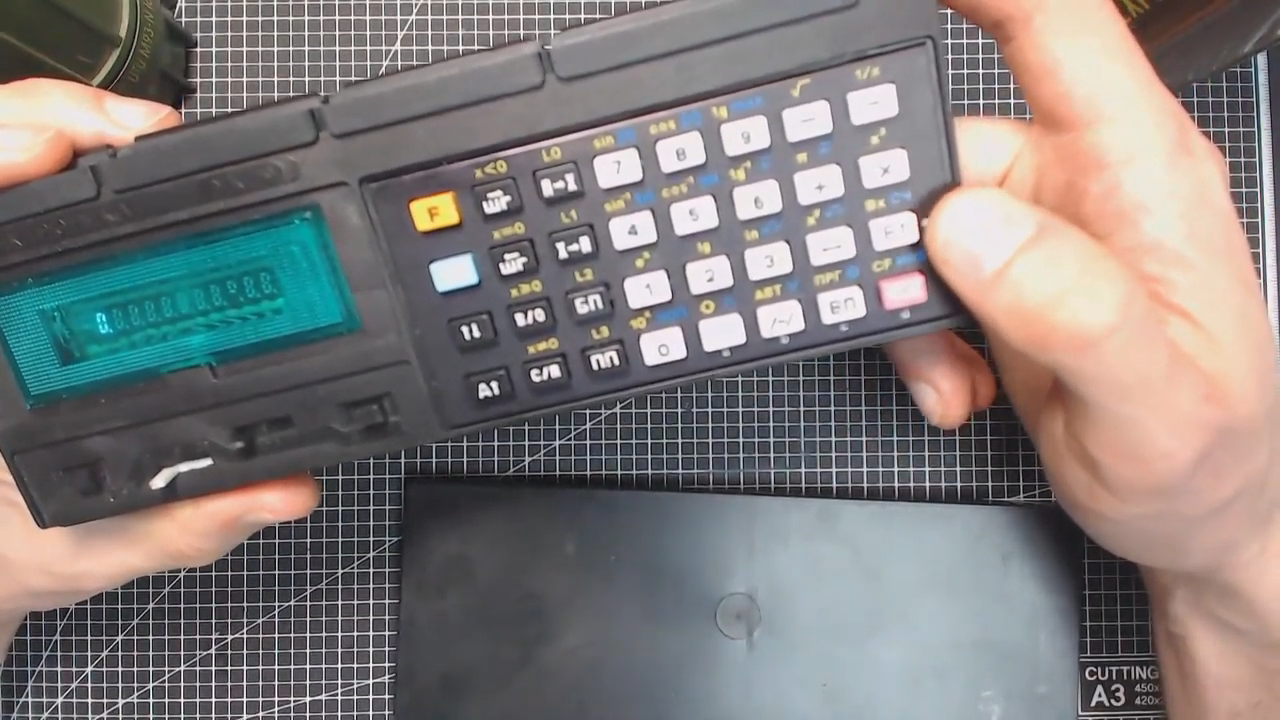 Say what you like about Soviet technology, but you have to admit there was a certain flair to Cold War electronics. Things might not have been as streamlined and sleek as their Western counterparts, but then again, one only needs to look at the Nixie tube craze to see where collectors and enthusiasts stack up against this comparison.

A particularly interesting artifact from the latter part of this time was the charming Elektronika MK-52 “microcomputer”. [Paul Hoets] made a careful but meticulous disassembly of a fine example of this late 1980s machine. The programmable calculator was obviously intended for scientific and technical users, but [Paul] tells how later versions of it were also used by the financial community to stamp out bank fraud and even had crypto functions built in, which made it easier to encrypt the text.

[Paul] set up a video of the teardown, detailing the predominantly through-hole construction and the interesting use of a daughter board, which appears to contain the high voltage section needed to drive the 11 character VFD tube. The calculator appears to be very well maintained, and when reassembled, looks ready for another ride on a Soyuz, where it once served as a backup for landing calculations.

We love the look of this machine and appreciate [Paul]disassembly and analysis. But you say the Cyrillic keyboard is puzzling you and you need a bilingual version of the MK-52? This is not a problem.

How to convert the answer to standard form using a calculator