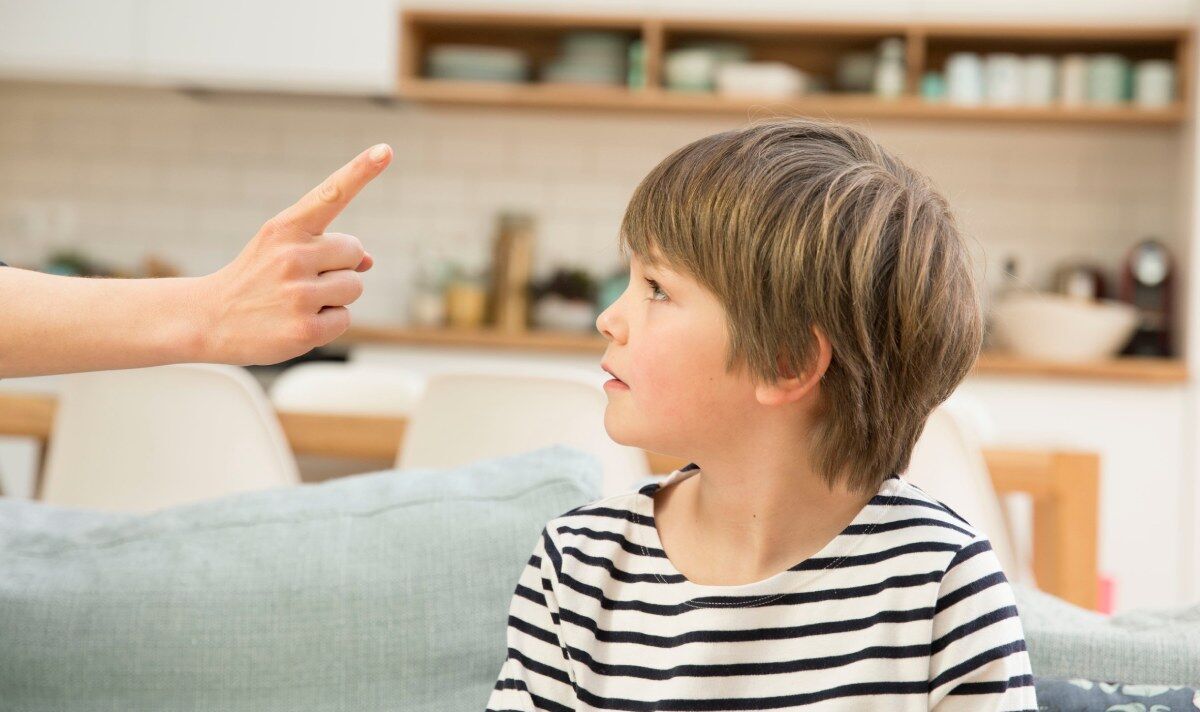 Whether you let your kids stay up after bedtime or if it’s strictly not about sugary treats, it will reveal whether you’re the fun mom or the bossy dad.

The tool was developed after research found parents say ‘no’ to their children 8,395 times a year – by going to bed late, eating candy before bed and buying something while shopping , the most likely to get a negative response.

A survey of 2,000 parents of children aged 1 to 16 found that they rejected their children’s questions and requests an average of 23 times a day.

But fathers are more likely to say ‘yes’ and ‘no’ to their children than mothers, according to research commissioned by children’s camp and family adventure vacation provider PGL.

Almost two-thirds (64%) repeatedly say “no” to their child for the same request, over and over again.

Of those who felt like they said “no” too often, more than half (54%) said they did so to help them understand that they couldn’t have it all.

The most common things they are told “no” to include staying up after bedtime (29%), sweets before bed (29%), and buying something every time the family goes shopping ( 26%).

However, it has emerged that parents will say ‘yes’ more often than ‘no’ – a total of around 8,800 times a year.

The main reason for saying ‘yes’ was that it’s the easiest option (42%) – but 32% want to let their child feel in control of their own decisions.

And a fifth tried to raise their child in an environment where they were never told ‘no’, and always responded positively.

Parenting expert Anita Cleare, author of The Work/Parent Switch and Positive Parenting Project, said, “It’s natural for parents to want to protect our children and smooth out the obstacles in their path.

“However, taking on challenges and trying something new is really important in building children’s self-esteem and resilience.

“Children need opportunities to excel and challenge themselves in safe and secure environments.

“By letting children engage in stimulating activity, we send a signal to them that we believe in them – and that, yes, they can do it.”

The study also revealed the things parents struggle to say no to – including between-meal snacks (12%), sleeping in bed with mom and dad (11%) and putting off homework (8 %).

But 71% of parents surveyed, via OnePoll, believe kids who are always told ‘yes’ will end up spoiled – with age three seen as the hardest age to get kids to accept a ‘no’ .

And 32% have a ‘good cop, bad cop’ approach to parenting with their partner – where one is strict and the other more relaxed.

Age also made a difference, with 38% of parents of children aged 8 to 16 thinking they said “yes” to their child too often, compared to 31% of those with children aged 7 and under.

Anita Cleare added, “Saying no is an important way to help kids learn boundaries and realize that they can’t always have everything they want, and keeping kids safe is a priority for kids. parents.

“To become resilient and believe in themselves, children must take risks from childhood.

“It could just be a safe risk in play – like seeing how high you can go on the swings – or learning to do something independently without the parents present.

“Or face your fears in an adventurous activity like abseiling or a high ropes course. These moments of challenge and triumph help build children’s confidence.

Anthony Jones, CEO of PGL, which offers adventure camps for children aged 8 to 16, as well as family adventure holidays, said: “It’s interesting to see modern parents saying yes to their kids more than not – as a parent, I know how hard it can be to repeat yourself when kids make the same request over and over.

“But giving children the opportunity to be themselves is important, and an independent holiday where they can develop their own self-confidence, independence and confidence away from home can be crucial for their development.

“PGL challenges parents to let their children have this independent adventure – and we often hear that it’s the parents who are nervous about letting them go.”

THE TOP 30 THINGS UK PARENTS ARE SAYING “NO” TO THEIR CHILDREN ABOUT:

Pension credit: how to use the calculator – who is eligible?