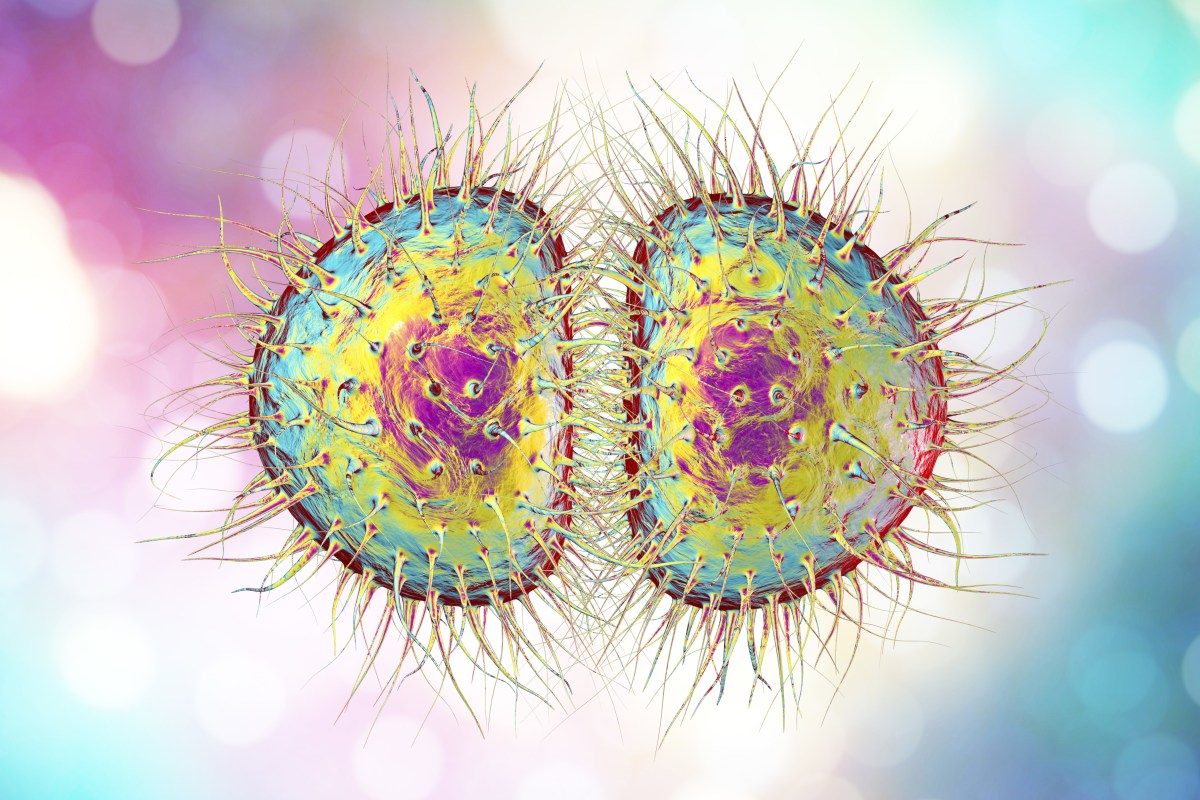 BRITS love nothing more than quality time under the sheets, but new data shows many of us haven’t been so careful when it comes to protecting ourselves from nasty infections.

Nationwide, searches for â€œsexually transmitted infectionsâ€ (STIs) have increased by 100% in the last month alone.

Research shows that the UK has now been crowned European capital of gonorrhea and also has the fourth highest number of chlamydia cases.

Experts at the online men’s wellness company FromMars say that, like any communicable disease, STIs can fluctuate in their prevalence in different areas.

â€œThey rely on person-to-person sexual contact to infect someone new, so infection rates tend to be quite low compared to other infectious viruses such as the flu.

“However, if you’re not careful and let passion cloud your better judgment, you just might end up with a nasty surprise.”

But just how riddled is your area? Fortunately, this handy calculator predicts your risk of catching incurable sexually transmitted infections (STIs).

Here is how to use it.

How to use the STI calculator

You must first head to the STI calculator.

You will be asked what region of the country you live in and then the specific area, for example the East Midlands and Leicester.

All you need to do is click on the â€œGoâ€ button and you will be presented with information about the different infections.

For example, in Leicester there are approximately 854 STIs per 100,000 population.

It also calculates the rate of herpes and HIV which are incurable but treatable.

Chlamydia cases are the main contributor to STIs in the region, with 493 cases.

What is gonorrhea and what are the signs?

Gonorrhea is a sexually transmitted infection that is sometimes called â€œthe clapâ€.

According to the NHS, the bacteria that causes gonorrhea can sometimes infect your throat and eyes, as well as the most common areas of the cervix, urethra, and rectum.

Pregnant women can pass the infection on to their babies, which can lead to blindness if not treated in time.

What are the signs ?

Signs of a gonorrhea infection can vary between men and women.

In women, symptoms can often include an unusually watery or discolored vaginal discharge, as well as a burning sensation when urinating.

Symptoms less common in women include pain in the lower intestine and bleeding between periods or after sex.

In men, symptoms can include unusual discharge from the penis, a burning sensation after urinating, swelling of the foreskin, and, in rare cases, pain in the testicles.

Normally, it takes a few weeks from infection for symptoms to appear – although it may take a few more months in some cases.

However, about a tenth of men and half of women have the disease without any symptoms, which can mean it lasts longer without being treated.

Data indicates that Lambeth in London currently has the highest number of new STI cases with 3,915 per 100,000 people and of those cases 1,611 were found to be chlamydia.

Outside of London and Brighton & Hove, this is where residents are most “at risk” of catching an STI, where current figures are around 1,566 per 100,000 people.

Looking north-west and Manchester has the most STIs with 1,437 cases. The most common infections are chlamydia, gonorrhea and genital warts.

Kavin Khosla, superintendent pharmacist at From Mars, said it was important to practice safe sex.

â€œIt is crucial that we all have safe sex and that we use a form of protection that is best suited to our body.

“For men, it is advisable to always use a condom, whether or not your partner is taking the birth control pill.

â€œThere are many forms of contraception for women, and your GP is available to explain your best options, as well as to help reassure you. “

We pay for your stories!

Do you have a story for the Sun News Bureau?