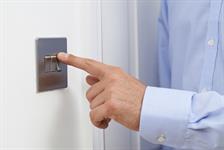 Dr Sawyer said the calculator, which is free, could help surgical teams identify their “emission hot spots” and generate a workable decarbonization plan – allowing them to take action to reduce their emissions.

A cabinet cut its annual electricity bill by Â£ 1,000 after using the calculator and making simple behavior changes, Dr Sawyer said. Another cut his gas bill by 10% after reviewing heating schedules.

The tool’s launch comes as the government announced last month its intention to make the NHS the world’s first ‘net zero’ national health service by 2040. All NHS providers will be required to publish a plan reduction in carbon emissions.

General practice podcast
> Listen to an interview with Dr. Matt Sawyer in the latest episode of our podcast here

Dr Sawyer said there is currently limited understanding of the carbon impact of healthcare and also little support to help GP practices make the changes needed to reduce emissions. He said that was the reason he developed the carbon calculator.

â€œThe ability to measure a practice’s non-clinical carbon footprint is a critical step in understanding primary care emission hot spots. Once surgeries know their carbon emissions, they can propose a decarbonization plan and actions to be implemented to reduce them, â€he said.

“For example, in a practice, they looked at the amount of electricity used and made a very simple change – by instructing staff to turn off electrical devices in their rooms at the end of the day.”

“So after putting something very simple in place, they got a result that saved them over Â£ 1,000 a year just by turning off their kit and reducing their carbon footprint,” he said. he adds.

The Yorkshire GP said after using the calculator another surgery identified they were using too much energy to heat their premises. As a result, they introduced a building management system, which allowed them to reduce the number of cabinet heating hours.

â€œEven though gas prices have gone up this year, their bills have gone down 10% because they had a plan in place – a technological solution – to reduce their use. Once you start measuring your numbers and seeing where your money is going from an energy standpoint, it starts to make a difference.

Aligning the start times of office staff and encouraging them to travel together was another method the office used to reduce its carbon footprint after using the calculator, Dr Sawyer explained.

A report published by the BMA last June revealed that prescribing represents 65 to 90% of the carbon footprint of general medicine. Staff travel was another major contributor to the firms’ overall carbon footprint identified by the report.

The document also predicted that the profession could become carbon neutral by early 2030 as part of a 10-point plan, which includes reducing inappropriate prescribing and switching to low-carbon inhalers.