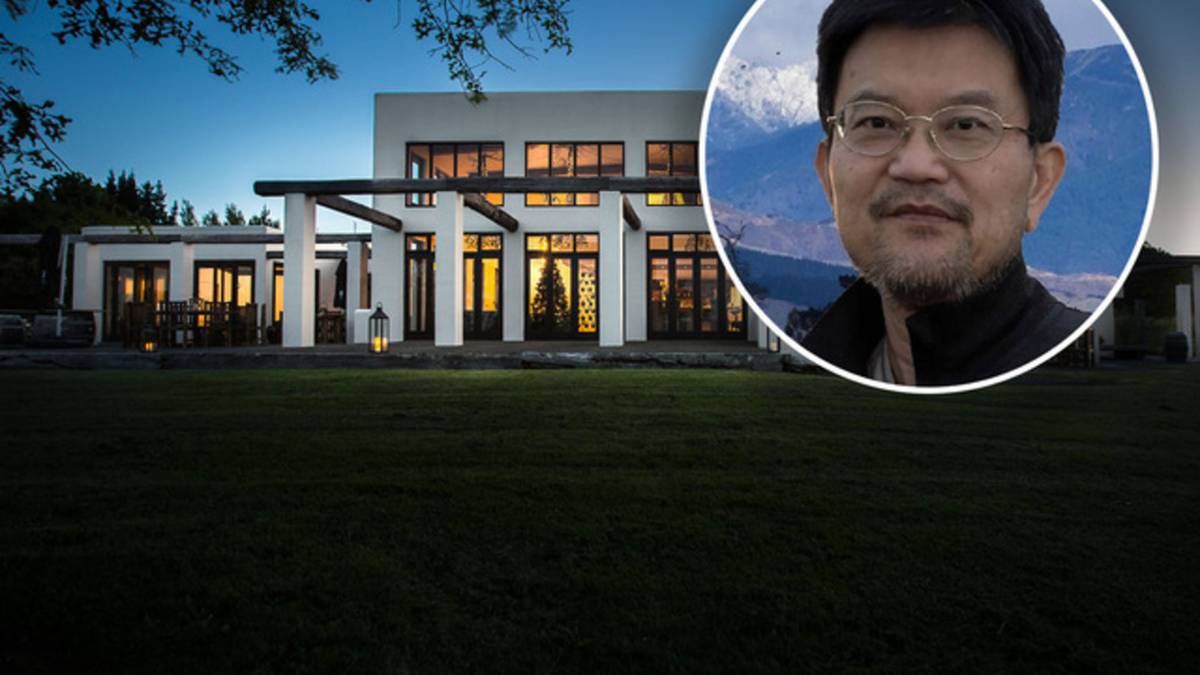 A wealthy businessman is forced to pay his former friends nearly $5.5 million and relinquish his boutique winery title after a bitter legal battle ensues over two luxury wineries.

The man’s business partner was also singled out for transferring nearly $3 million to his wife in 55 separate e-banking transactions in a single day, despite attempts to freeze orders to prevent the money from being lost.

He told a court he was traveling overseas to visit a sick relative and transferred the money “in case he had an accident while he was away”.

The protracted case involves the Matakana Estate north of Auckland and the Waihopai Valley Vineyard in Marlborough.

The plaintiffs – Chinese nationals Jieyu “Chrissy” Lu and her husband Hongzhao Huang – alleged that their former business partner, New Zealand national Chris Chen, failed to obtain a $1.47 million loan for his part in the multi-million Repay dollar purchase of the Matakana Estate by the trio in 2011.

Due to foreign investment regulations, the couple agreed to put Chen’s name on the title until they could get a residency permit and approval from the Overseas Investment Office – later they were fined $20,000 for having a “partner.” ‘ used to circumvent the rules.

And although Chen did not contribute financially to the purchase, a judge found that he had failed to transfer title to the vineyard to the couple in breach of a joint venture agreement after the trio’s friendship and business relationship imploded, causing it Lu and Huang were prevented from developing the business on a significant scale at personal expense.

The couple – who spent a whopping $2 million on legal fees – sought an order forcing Chen to relinquish the Matakana winery title and $3 million in damages for the protracted delays caused by the what they termed “unjustified, unscrupulous and obstructive acts.” .

They also claimed that Chen failed to repay the $2.3 million loans to support his ailing Waihopai wine business and sought a repayment order.

Chen argued the money was not a loan but an investment by the couple in the Waihopai operation and did not have to be repaid.

He also argued that he was not liable for the other alleged debts due to a partnership agreement he claimed was agreed between the trio, which a judge found was never officially signed.

A just-released High Court decision says the couple believed Chen secretly fled the Marlborough winery just days before a High Court trial began in March last year to “unjustly abuse” himself and the winery’s other two shareholders enrich” and prevent the couple from recovering money owed.

The judge said Chen concealed the sale from the plaintiffs, who, upon learning of the transaction, immediately sought freeze orders against the parties to prevent nearly $7.5 million in sale proceeds from becoming uncollectible.

And although Chen, his brother Don Chen, and Yi Lu knew about the freezing order request, they immediately transferred millions of dollars from their own accounts to various family members and other entities – putting a significant portion of the money “out of reach of the plaintiffs.”

The judge raised credibility issues against the main players in the case.

Huang has repeatedly “denied what was clearly written in documents he had either prepared or sent on his behalf.”

There were contradictions in the testimonies of Chrissy Lu, who the judge also found to have made false statements to Immigration NZ.

“Mr. Chen does not get a clean bill of health either,” the judge said, referring to his failure to disclose the Waihopai sale and remittance of proceeds despite being aware of the freezing orders.

Chen’s attorney “designated this behavior as ‘stupid,'” the judge said.

“In my view, it goes far beyond that.”

Yi Lu – who pocketed almost $3 million from the sale of the vineyard – was also called “not entirely truthful in his statements” by the judge.

“The same day he received the proceeds from the sale of Waihopai’s assets, he transferred the money to his wife. Due to the (self-imposed) limit on his bank account, which limited single transfers to the sum of $50,000, he had to go around 55 electronic transfers. He made all these transfers in one evening.”

Yi Lu later claimed he was about to travel overseas to visit his ailing father, “and he followed his previous practice of transferring all his money to his wife in case he should suffer an accident while he was away.”

However, the judge said Yi Lu had not booked a trip and his explanation was “not credible”.

Judge Gordon found that “the undercover sale” of Waihopai’s assets and distribution of the proceeds shortly before the original hearing date “bearing the hallmarks of a transaction conducted with intent to provide legal certainty to Waihopai and Mr. Chen.”

“The payments should disadvantage and penalize the plaintiffs as creditors.”

The decision states that Chen introduced the couple to the Matakana business opportunity after learning that the vineyard’s previous owners were under receivership.

He told the court he had no experience in the wine industry, “but he was drawn to the idea of ​​living in Matakana on a property surrounded by grapes.”

Huang agreed to fund the purchase, and Chen would later repay his $1.47 million share in three installments, but the payments were never received.

The couple claimed Chen was responsible for getting the OIO’s approval, but the judge ruled that he had only offered his help.

Huang – who lives mostly in China while his wife runs the Matakana vineyard and luxury lodge – claimed Chen’s wife Jackie traveled to see him in China in May 2013, claiming Chen was in urgent need of money or the Waihopai vineyard would be auctioned off by bankruptcy trustees .

“Mr. Huang’s evidence was that Jackie Huang was very upset; she told him that she had suicidal thoughts and that she and Mr. Chen could be left with nothing.”

He advanced Chen $1.2 million to stave off the auction. He then advanced Chen a similar amount for the Marlborough winery, all of which he regarded as a loan.

Chen, who was CEO of Matakana operations and director of Waihopai Winery, took time off in 2016 due to “burnout.”

The couple then resigned from their employment and the business relationship ended.

The couple sent Chen a $4.5 million loan repayment request in May 2018, but he refused to pay. Legal action was taken the following year.

The judge ruled that no partnership agreement was in effect, as Chen alleges, and that Huang’s Waihopai cash advances were loans, not investments.

He also ruled that Chen violated the joint venture agreement by not repaying Huang $1.47 million for the purchase of Matakana and by not transferring the winery’s title.

Chen told the Herald he disagreed with the findings and has appealed. He declined to comment further while the matter was in court.

Chrissy Lu said she believes Chen took advantage of their friendship and trust, which is central to Chinese business culture.

“Like most Chinese businessmen, going to court was a last resort. It took us five years of time and energy, with significant legal costs, to achieve this result.

“While we are grateful for the outcome of the process, it will never make up for the missed opportunities and worries of the last 10 years.”

Stocks recover from a stumble on Wall Street and end higher